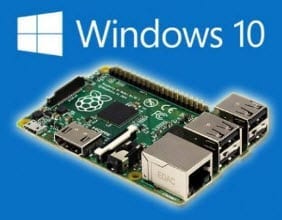 Today Microsoft has released a set of images for running Windows 10 IoT core on the Rasberry PI, DragonBoard, and MinnowBoard MAX. The announcement had me interested in what the capabilities of the platform would be since I usually end up managing devices through Configuration Manager and/or Intune.First, let’s start off with what this version of Windows is meant for. The Windows 10 IoT Core edition is the smallest footprint of Windows 10 available for devices. If you look at the infographic below, you can see that Windows 10 IoT comes in many flavors with different levels of functionality. Essentially the Windows 10 IoT Core version of Windows 10 is intended for single purpose use cases. There is no Windows shell and no command prompt, but you do get the ability to run Universal Windows Platform applications. Win32 applications are still supported, but they will not output to the console.Many may wonder what is the point to running Windows under such limited circumstances, but I believe there are some very valid use cases that should be considered. There obviously is the hobbyist market, and though Linux is currently the dominant platform, some developers may feel more comfortable using a pure Microsoft stack to build out their custom creations. The other side is the business market where you want an IoT device that leverages existing developer